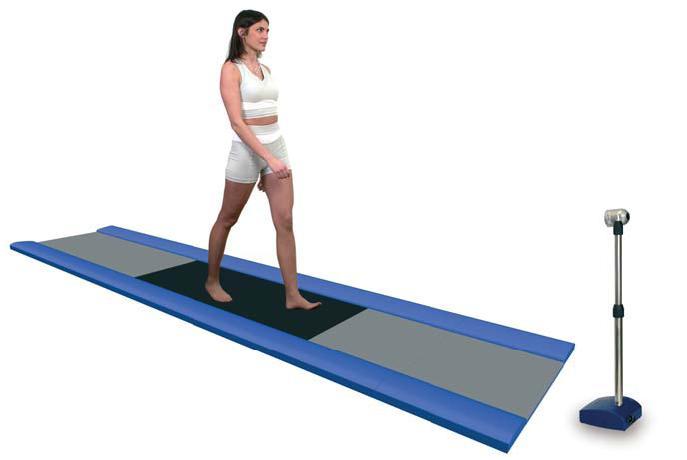 Keywords: Pressure Plate Analysis, Surface Area Readings, Media Pressure Readings, Statistical Analysis, Medial Column Foot Insoles, Primus Metatarsus Supinatus, Talar Torsion, Engraming, Homeostasis.
Abstract
Pressure plate analysis is used to collect surface area (sA) and media pressure (mP) readings on 17 Primus Metatarsus Supinatus patients. All 17 patients are fitted with medial column foot insoles. Two sets of surface area (X) and media pressure (Y) readings are recorded on each patient: a baseline set before treatment and a second set after treatment. The observed changes in surface area (∆X) and media pressure (∆Y) are statistically correlated: (1) are ∆X∆Y patterns randomized events or are they the result of medial column insole therapy, and (2) if the ∆X∆Y patterns are the result of insole therapy, do they have any correlation to postural tonicity?
The results are compelling: (1) the probability that these patterns are randomized events (based on chance alone) is exceeding small (p < .01) and, (2) there is a high level of confidence that postural tonicity shifts towards homeostasis when insole therapy is effective.
From a clinical point of view, ∆X∆Y patterns may prove useful in prognosticating the appropriateness of insole therapy.

Forefoot osseous abnormalities have been implicated as a common etiology of both static (standing) and dynamic (walking) hyperpronation. Rothbart (2002) described a foot in which the 1st metatarsal isstructurally inverted and elevated  relative to the second metatarsal. Referred to as Primus Metatarsus {Elevatus} Supinatus (PMs), this foot type is frequently identified by its deep 1st web space (See Figure 1).

The etiology of PMs has been linked to a lack or deficiency in the embryological development of the talus. Clinically, Primus Metatarsus Supinatus is quantified using microwedges (See Figure 2).

Figure 2. Measuring PMs (Right Foot). Patient Standing, Vision Straight Forward. Locate the medial talocalcaneal (subtalar) joint. This easily palpable joint is approximately one finger width below and in front of the medial malleolus (21). Keeping your finger on the medial subtalar joint, have your patient slowly rotate their hips, first counterclockwise and then clockwise. This will pronate (evert) and supinate (invert) the right foot respectively. Guide the foot through this range of motion until the upper and lower margins of the subtalar joint feel congruous (parallel) to one another (22). This is the anatomical neutral position of the subtalar joint. If the subtalar joint is pronated or supinated, the joint space will feel collapsed (obliterated) or cavernous respectively. While maintaining this STJ nP, slide the microwedge (30) underneath the 1stmetatarsal head until slight resistance is encountered from the bottom of the foot. Record the PMs value (vertical displacement between the 1stmetatarsal head and ground). Repeat this protocol for the other foot.

PMs values falling between 10 and 30 mm are referred to as the Rothbart Foot Structure (RFs).
Two distinct compensatory patterns have been clinically observed by this author in the RFs patient: bracing and releasing.
Bracers tend to display a cavus arch (off weight bearing), contracted toes (on weight bearing). Lateral heel wear patterns are pathognomonic for bracers. Their pressure plate surface area readings are relatively low (less inner arch contact with the base plate). Their media pressure readings are relatively high (increased tonus). Typically their measured PMS values fall below 19 mm.
Releasers tend to have the “Chameleon foot”, increasing in length or width (or both) on weight bearing. Medial heel wear patterns are typical. Their surface area readings are relatively high (more inner arch contact with the base plate). Their media pressure readings are relatively low. Typically their measured PMS values fall above 19 mm.
The terms bracing and releasing are not synonymous with the terms supination and pronation. Many bracers are diagnosed as hyperpronators when evaluated for gait perturbations.
Medial column foot (mcf) insoles are used to stabilize RFs. Their mode of action is very different from conventional supportive-type orthotics. It has been suggested that these types of insoles act as a tactile stimulant to the bottom of the foot, providing a feedback to the cerebellum where the postural corrections are made (Fusco 2000, Gagey and Weber 2000, Bricot 1996, Willem 2003, Scoppa 2002).
This paper investigates the clinical effectiveness of medial column foot insoles using pressure plate analysis. The statistical data resulting from this study are based on independent trails with 3 degrees of freedom.

Review of the Literature

Measuring 1006 Egyptian Feet, Sewell (1905) was the first to publish on the substantial variances in the twist (torsion) of the talar head relative to its body (angle alpha) (See Figure 3, 1a and 2a).

Cuernavaca Study Subsequently, Straus (1927) reported alpha angles ranging from 26 to 43 degrees, McPoil (1987) from 24 to 51 degrees, Sarrafian (1993) from 30 to 65 degrees. Tax (1980) and Hlavac (1970) proposed that the twist in the talar head determined the structural position of the forefoot (i.e., forefoot varum or forefoot valgum). Rothbart (2002) suggested that lower alpha angles position the navicular in supinatus (See Figure 3, 1b), the internal cuneiform in supinatus (See Figure 3, 1c), the metatarsal in supinatus (See Figure 3, 1d), and ultimately, the hallux in supinatus. In the adult foot, this supinatus (structural elevation and inversion) of the 1st metatarsal/hallux is termed Primus Metatarsus Supinatus (PMs). (In a previous published paper this foot structure was termed Primus Metatarsus Elevatus. However, a Google search of the internet archives uncovered a paper describing Primus Metatarsus Elevatus as a positionaldeformity. Hence to avoid any further confusion, the osseous deformity was renamed Primus MetatarsusSupinatus).
The Midicapteur’s Podolab 2000™ pressure plate analysis system was used to capture changes in surface area (sA) and media pressure (mP) readings after insole therapy. These readings were hard copied in both numerical and graphical format (See Figure 4) and then statistically evaluated to determine if the observed changes were the result of insole therapy or chance occurrence alone.

17 patients diagnosed as RFs were selected to participate in this study. Patients were excluded from this study if they were (1) diagnosed as having an upper or motor neuron lesion or any foot pathology that altered gait patterns, (2) amputees, or (3) if they required the use of a crutch or cane to walk. The selection of patients was not randomized relative to age, weight, height, sex, social or ethnic backgrounds. Each patient was fitted with a medial column foot insole dimensioned at approximately 30% of the measured PMs. The insoles, manufactured by Postural Dynamics Inc., incorporated a medial bar into a 1mm thick, flexible, flat base plate (See Figure 5).

Baseline surface area (Xi) and media pressure (Yi) readings for each of the 17 patients are presented in Table 1.

Table 2. Means and Standard Deviations of Second Set of Readings.

The vector changes in surface area (∆X) and media pressure (∆Y) were computed and listed in Table 3.

The statistical probability of ∆X∆Y patterns being generated randomly is less than 1% (X2 = 2.90E-09). This gives us a very high level of confidence (> 99%) that the observed ∆X∆Y patterns in the Cuernavaca study were the result of insole therapy and not the result of chance occurrence.
A postulate for the observed ∆X∆Y patterns is: (1) baseline readings are skewed left in bracers and right in releasers, and (2) effective insole therapy shifts surface area (∆X) and media pressure (∆Y) toward homeostasis (See Figure 6).

Figure 6. Normalizing mP and sA Readings. Cartesian Graph demonstrating the normalization (towards homeostasis) of medial pressure and surface area readings. The vectors towards normalization have both directional and magnitude properties.

Cuernavaca Study – One Year Follow-up This premise is substantiated in 15 of the 17 patients (See Table 3). The probability of this occurring randomly is less than 1 in 847 (based on a binomial distribution where p = 0.5).

15 patients responded very positively to insole therapy. Their level of musculoskeletal pain was significantly less. However, patients #11 and #17 discontinued wearing their insoles for a sundry of visceral and musculoskeletal complaints. Interesting enough, their ∆X∆Y were skewed (away from homeostasis). ∆X∆Y may prove to be an invaluable tool in prognosticating the appropriateness of insole therapy (towards homeostasis = appropriate; away from homeostasis = inappropriate). However, more research needs to be done.

It appears that media (average) pressure readings actually represent the summation of two separate but concurrent forces: (1) the vertical component of the body’s weight and (2) a smaller vertical component which represents the state of tonicity within the foot. This author suggests that the degree of tightness (digital contracture) of the toes against the pressure plate determines this reading and that it can vary when an afferent tactile stimulation is applied to the bottom the foot.

Statistical evaluation (chi square test) of the data obtained in the Cuernavaca study yielded a > 99% level of confidence that the observed ∆X∆Y patterns were the result of insole therapy. It was postulated that effective insole therapy shifts surface area and media pressure readings toward homeostasis: (1) in releasers, surface areas would decrease (improved arch contouring), media pressures would increase (improved tonus in postural muscles), (2) in bracers, surface areas would increase (severity of arch diminished) media pressures would decrease (improved tonus in postural muscles). This was observed to be true in 15 out of 17 independent trials. The probability of this occurring randomly is < 0.5%.
Since all pressure plate readings were taken weight bearing and barefooted, what we were measuring appears to be the body’s ability to maintain improved homeostasis without support or continual tactile input, a process referred to as engraming. This correlated to our clinical experience of patients using their medial column foot insoles less and less, while still maintaining their level of wellness.

Medial column foot insoles appear to be very effective in normalizing (towards homeostasis) surface area and media pressure readings in RFS patients. However, further research is needed to elucidate the precise ‘modus operandi’ of these insoles and whether ∆X∆Y patterns can be used to prognosticate the appropriateness of insole therapy.

Special Acknowledgment: Special Thanks to Dr. Juan Carlos Salas who provided me the use of his force plate analysis system which made this research project possible. 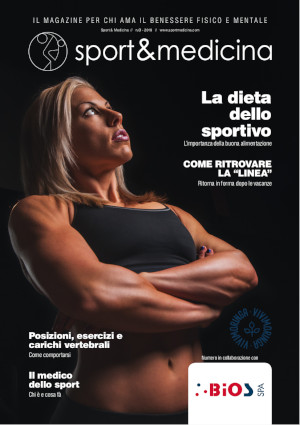